Home/Maiden Pole for George Miedecke at The Bend

As the sun set late in the day, Miedecke’s time of 1:55.4059 in the Lubrimaxx/Miedecke Motorsport Ford Mustang was enough to earn the PWR Pole Award and $500 cash by only 0.0651 seconds ahead of series leader Aaron Seton to lock-out a Mustang front row.

The TA2 Muscle Car Series hits the track for Race 1 and 2 at The Bend Motorsport Park on Saturday, with Sunday’s Race 3 and 4 live streamed on the TA2 Racing social media channels and with the Australian Motor Racing Series.

“There’s a lot of personal satisfaction with this effort today.”

“The whole Miedecke Motorsport team has been working hard on our Qualifying setup to close in on the massive gap we’ve had to Aaron Seton so far this year.

“Usually these Hoosier tyres only have one good lap in them in Qualifying trim, but we were all a bit at sea after our first run, but the second run was much better and we got a lap in right at the end of the session to put it on pole.

“This track is so fast, and with these cars because they’ve got so much attitude, they’re sliding and jumping and throwing flames, it’s a great track to drive and i’m working really hard at the wheel to get a lap time out of it.” 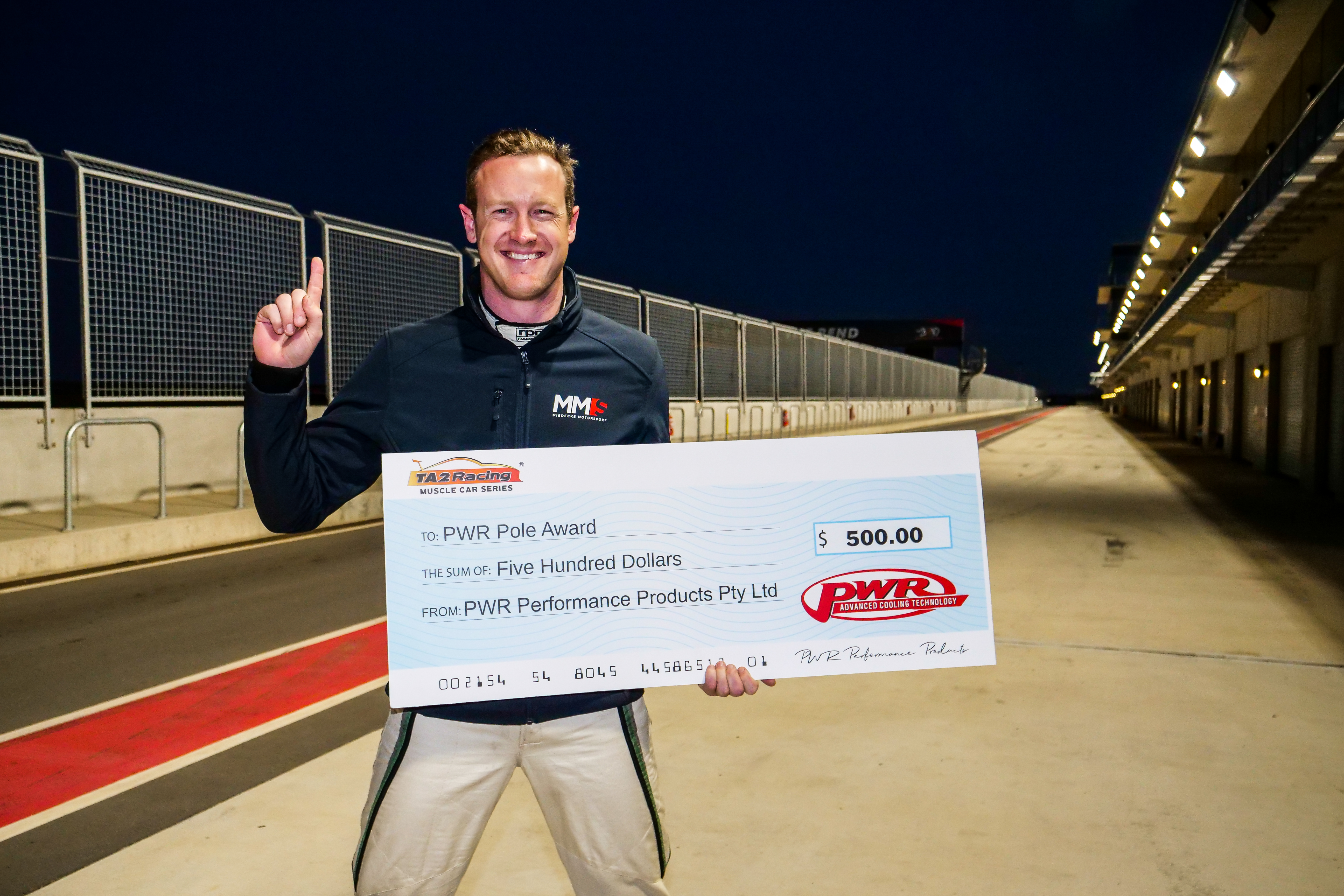