Home/Childs a Jack of All Trades

Trying his hand at multiple competitive racing disciplines and classes over the past 50 years, Jack Childs is showing no sign of slowing down as he prepares to make his debut in the TA2 Muscle Car Series.

Having always harboured a desire to compete in road racing, the 69-year-old driver couldn’t be happier to be realising his dream after what has been a long career. But while the past half century has predominantly been made up of speedway racing, it was on the dirt circuit of Echo Valley Raceway that Childs began his racing venture at the age of 19 aboard an FJ Holden.

Struggling to find the budget to compete on a regular basis, the born and bred Toowoomba local made the decision to step away from the driver’s seat, instead focusing on rugby league while taking up work at the Bellevue Hotel in Toowoomba. Jack later moved to Rockhampton  in 1972 and managed numerous pubs throughout Gracemere, Innisfail , Townsville and Rockhampton, meeting his lovely wife Christine  in Rockhampton six years later. 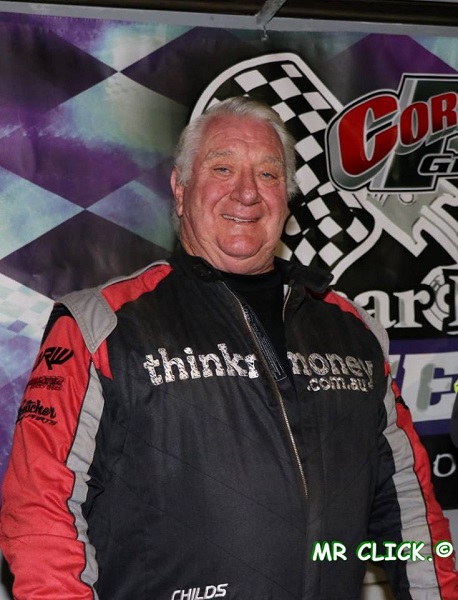 Deciding that the time was right to get back into competitive racing, 1982 saw Jack  join the Bomber speedway class, competing regularly at Rockhampton’s Rocky and Bouldercombe Speedway where he won a Class Championship, along with the 1983 Queensland Title.

Piloting a Ford Escort, a Holden Torana and later a Holden Commodore during this time, while also having changed professions, now managing service stations and Home improvement business instead of pubs, Childs was forced to spend some time on the sidelines in order to repair his race car after sustaining significant damage in a crash at Moranbah. However, by the time he returned, the Modified Production class had all but died out in the Rockhampton area.

Not wanting to give up on his passion, Jack transitioned into the very active Super Sedan class, purchasing a car from multiple-time Queensland Champion Lindsay Hawkins, going on to win some Club Championships.

Moving from Rockhampton to Maroochydore on the Sunshine Coast in 2007, now General Manager of a large home improvement company for work, Childs upgraded to a Rocket Super Sedan previously owned by Danny Smith and then getting a new rocket built , later purchasing a Dominator chassis in 2010 and then also getting a new one built and not looking back since.

Participating in three National Series, which have allowed him to travel all around the country, making lifelong friendships along the way, Childs has also made the trek to Tasmania on a number of occasions to compete in the prestigious Grand National race. 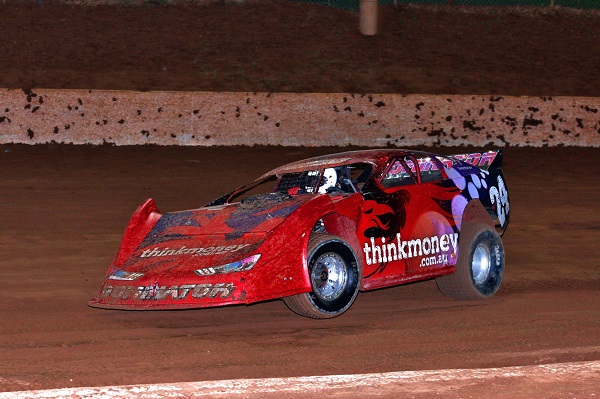 Retiring from speedway at the end of the 2017-18 season, Childs, who has always been a huge supporter of the sport through his business Think Money, sponsoring drivers and events, received a fitting send off at Gympie’s Mothar Mountain Speedway in May, 2018, bringing to an end what has been a memorable journey.

Not quite willing to give up on competitive racing, Jack  decided that it was finally time to pursue his longstanding desire to enter the world of road racing, having been bitten by the bug around a decade ago when he competed with co-driver Dennis Rigon in the Queensland 500 at Queensland Raceway aboard a Subaru WRX, placing fourth.

Completing 50 laps during a test session in a TA2 Racing car at Queensland Raceway at the beginning of this year, Childs took the plunge and purchased a car from TA2 driver Anthony Tenkate who has a new car on the way , Anthony steered the car during the recent series round at The Bend Motorsport Park in South Australia, before Jack takes ownership.

Excited at the prospect of being a part of a new and growing division, Childs certainly isn’t putting too much pressure on himself, aiming simply to have as much fun as possible as he continues his racing career. He is set to make his debut in the fourth series round at Winton Motor Raceway in Victoria from August 16 to 18.

Childs would like to give special thanks to his wife Christine, who has always been there to support him throughout the inevitable highs and lows or motor racing.