The 2021 PROMAXX Performance Exhausts TA2 Muscle Car Series will kick off under lights at Sydney Motorsport Park in February, with organisers announcing a six-round, seven-event provisional calendar for next year.

The series will take in six championship rounds supporting the Australian Motor Racing Series (AMRS), visiting four states including a grand finale set for the state-of-the-art FIA Grade 2 circuit at The Bend Motorsport Park in December.

From Sydney Motorsport Park in March, Queensland’s Morgan Park Raceway hosts Round 2 in April before heading south to Winton Motor Raceway in regional Victoria in mid-June.

The series heads back north to Queensland Raceway in August before Wakefield Park plays host to the penultimate event in October ahead of the final points round in South Australia.

Australia’s famous Mount Panorama circuit will host a grand TA2 showcase towards the end of the year, with a full grid of cars anticipated for the Bathurst International.

The series’ long-term vision to have separate state or regional series for TA2 competitors may well progress for 2021, with discussions ongoing between competitors and track promoters to establish a Northern and Southern Series within the variety of events available in the national calendars.

The regional series’ will cater to competitors with varying budgets, travelling options, and work commitments, while still maximising track time and providing the ability to enter events around the country.

While no series champion was awarded in 2020, 21-year old Aaron Seton won the 2019 TA2 Muscle Car Series and earned himself the opportunity to compete in a round of the American Trans-Am Series.

“While 2020 was a challenging year for all in motorsport, the TA2 Muscle Car Series continued from strength to strength with four state-based events for TA2 Muscle Cars to compete in as well as support events at Bathurst, Townsville and The Bend Motorsport Park.

“We hope to return to some form of normality in 2021, and our proposed calendar for 2021 offers a blend of outstanding circuits and bang-for-buck events.

“We are seriously investigating the opportunity to add a northern and southern regional series next year, the competitors have spoken out and they are looking to minimise long-distance travel and expenditure next year.

“The proposed events are all well-spaced across the year and interest in the series continues to remain strong with over 55 cars now sold in Australia and more enquiries on a daily basis.” 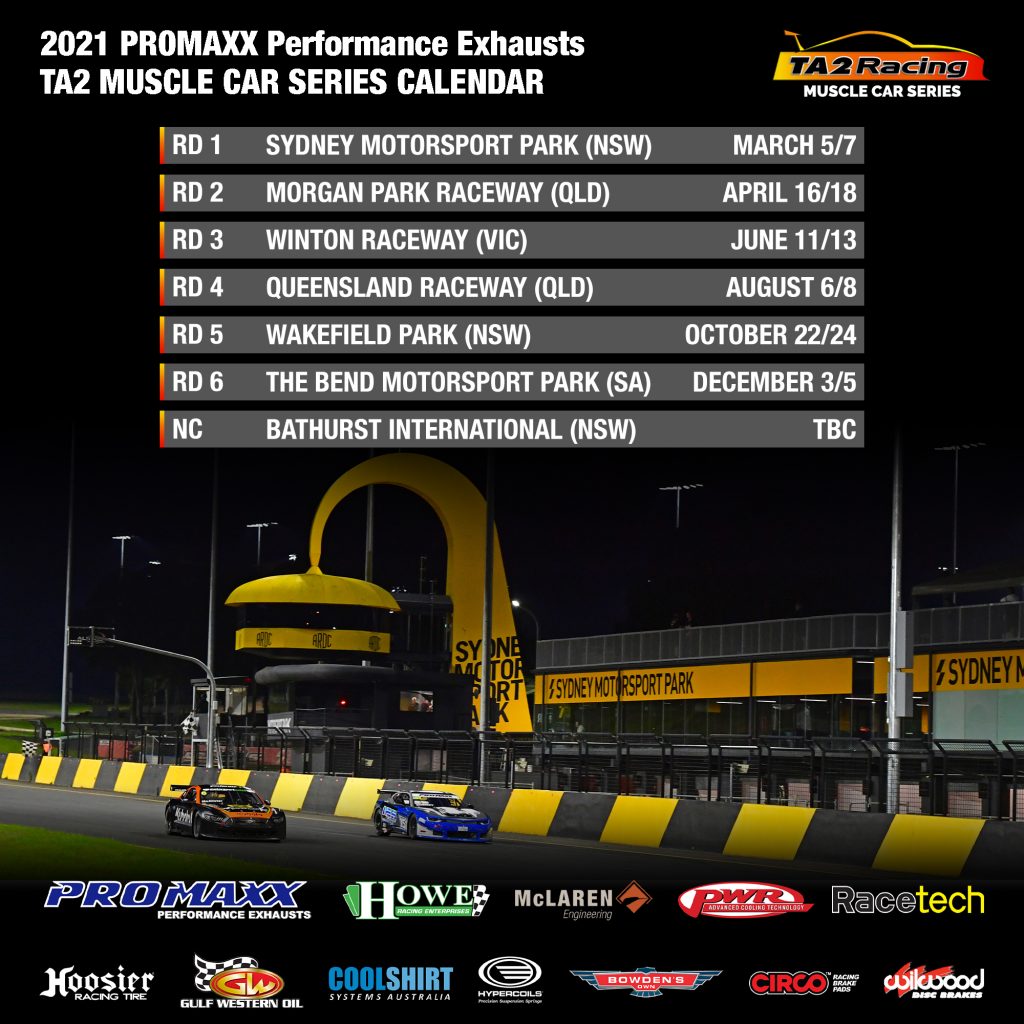