This landmark agreement will see one of the most famous brands in motorsport return to Australia and New Zealand, with McLaren Engineering also becoming a contingency sponsor of TA2 in Australia and New Zealand. A custom trophy will be created in honour of New Zealand racing legend Bruce McLaren with plans afoot for future Trans-Tasman competition and a TA2 ‘world series’ event.

McLaren Engineering is located in Livonia, Michigan U.S.A., and is a part of the larger Canadian-based Linamar Corporation. McLaren’s Michigan roots go back to 1969 when Bruce McLaren started an engine shop in Livonia to support his Indy and Can-Am racing efforts.

McLaren, Director of Engine Engineering Lee Carducci, stated, “McLaren Engineering has the advanced capabilities to provided OEMs full-service to develop advanced powertrain solutions jointly.  Our continued commitment to motorsports is consistent with the high-level engineering for which we are known. Working with Howe will provide additional outlets for engineering and offer a variety of marketing opportunities.”

Howe Racing Enterprises is a long-established manufacturer of race cars located in Beaverton, Michigan.  The agreement has McLaren Engineering producing GM, LS-based spec engines exclusively for Howe for use in various global racing series. This includes TA2 series in Australia and New Zealand as well as the V8 Thunder Cars in Scandinavia, where the original TA2 formula was born in 2012.

The distributor for the Howe/McLaren engines in Scandinavia will remain Performance Automotive Scandinavian for the V8 Thunder Car Series, established initially as the Camaro Cup.  The current Howe/McLaren engine specifications originated in Sweden and Denmark in 2012 with the assistance from GM Racing and former Danish F1 driver Jan Magnussen.

Howe Racing Enterprises President Chas Howe commented, “We started building race cars nearly fifty years ago, and there are not many companies in the racing industry more well known and respected than McLaren. PBR Distributions will be the exclusive distributor for Howe in Australia and New Zealand.

Howe continued, “Peter Robinson and his group in Australia have done a phenomenal job growing the muscle car class while maintaining the controlled cost concept.”

In addition to the McLaren engines in every New Zealand TA2 car, McLaren will also participate as a contingency sponsor in racing categories supported by PBR. The sponsorship will culminate with a custom trophy provided by McLaren in honour of Bruce McLaren.

PBR President Peter Robinson said, “The McLaren built engines exactly match the specs and output of the existing engines that we have used successfully in Australia since 2016. The switch to McLaren will allow PBR to maintain the cost and consistency of the engines further into the future.  The McLaren name is a natural fit as the category expands into New Zealand, and it is a tremendous honour to pay tribute to a racing legend as part of the package.”

Additional details will be announced at a later date. 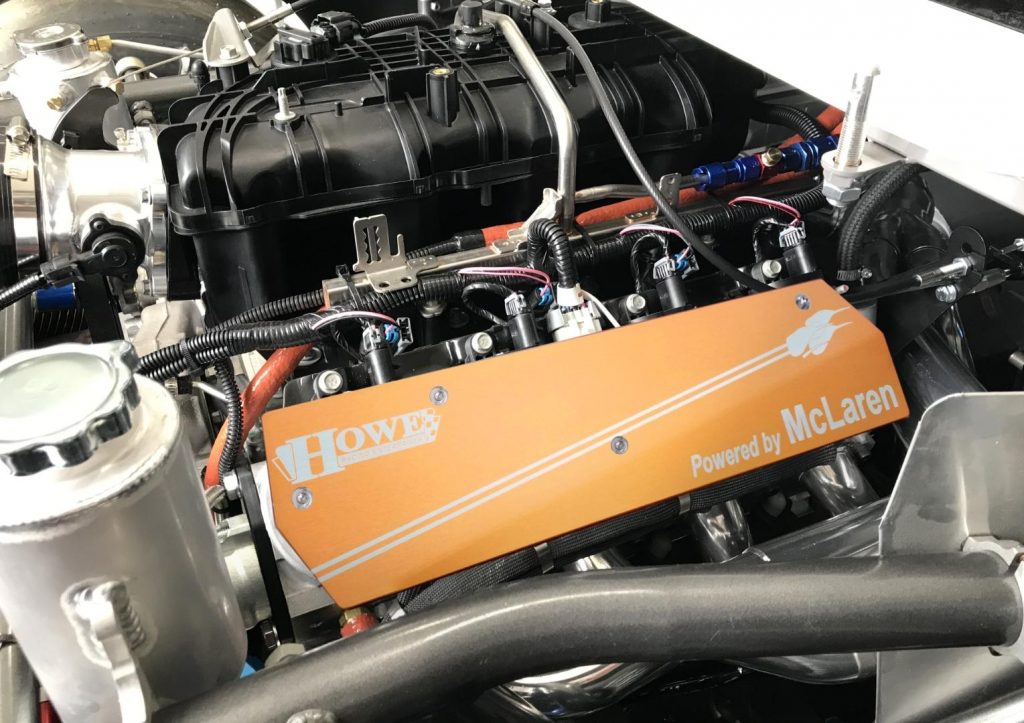