Following a green-to-chequered victory in Race 1, Seton’s Mustang was significantly damaged after he spun around exiting Turn 1 off the start in Race 2 in twilight conditions on Saturday evening and was collected by Andrew Miedecke’s Dodge Challenger who was unsighted in the cloud of dust.

The race was postponed by race officials due to fading light and restarted at 8:30am on Sunday.

The Castrol Harris Racing team worked until 2:00am this morning with the assistance of many other TA2 Muscle Car Series teams.

Starting first on the restart of Race 2, Seton dropped to second behind 17-year old former Formula Ford racer Nathan Herne, as the Gulf Western Oils Dodge driver fended off Seton to win the final three races of the weekend to score his first round victory of the season.

Seton only had to finish the final race of the weekend to secure his second national circuit racing title after he won Class B of the Porsche GT3 Cup Challenge in 2015.

Remarkably, Seton took the chequered flag in the final race with a flat tyre.

Entering the round in eighth position in the championship, Herne’s successful weekend catapulted him to fourth in the Performax Cup standings. He and Kubota Racing’s Hugh McAlister finished tied on points with Herne retaining the position by count back on race wins.

Queenslander Murray Kent finished sixth in the championship ahead of inaugural series champion Russell Wright, who scored his second consecutive victory in the Circo Master Class ahead of Bill Robinson and Mark Crutcher.

The final round of the 2019 TA2 Muscle Car Series will be broadcast on Fox Sports 506 on Monday the 18th of November at 2:45pm (AEDT), and also on Thursday the 21st of November at 6:30pm (AEDT). It will also be simulcast free on the Blend Line TV Facebook page.

“It feels so special to be crowned the 2019 TA2 Muscle Car Series champion and to be standing here holding up the Perfomax Cup,” said Aaron Seton.

“Yesterday was a crazy rollercoaster ride of emotions.

“It was pretty hard at the time but i’m very lucky to be supported by an incredible team behind me in Castrol Harris Racing and also the whole TA2 community for pitching in to repair the car overnight to get me back out on track today.

“I can’t thank Craig Harris and the Harris Family enough for the opportunity to drive their car this season.

“We’re a small family team and thanks to my Dad Glenn, Chris Topp, Don Dimitriadis, Mick Benton and everyone involved behind the scenes in making this championship come to fruition.” 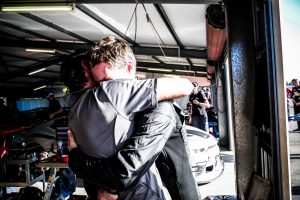 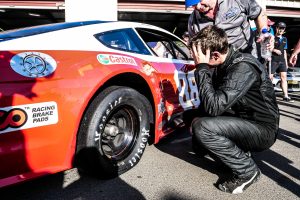